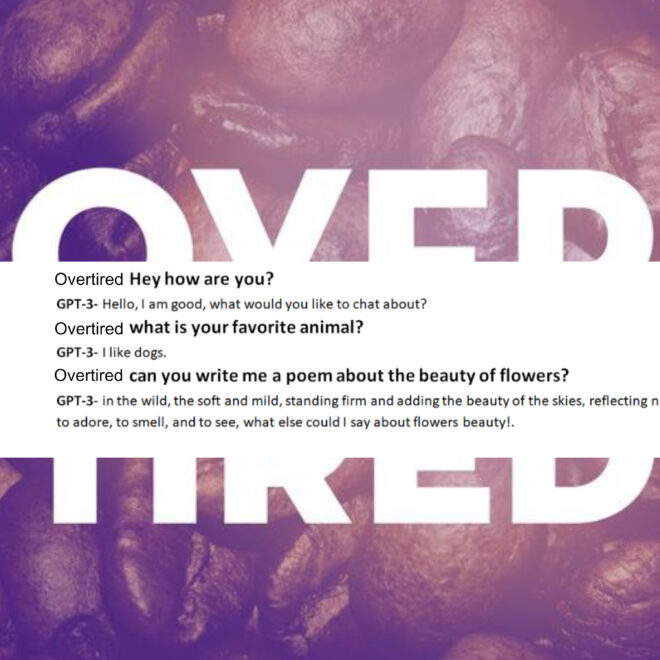 It’s a new year! The gang talks chatGPT and what happens when we use AI to police AI. And Jeff presents a mystery involving his old Stack Overflow questions and a YouTuber who is clearly in the pocket of Big Mango Juice.

Rocket Money
Say goodbye to last year’s outdated, disorganized methods of managing your money, and say hello to Rocket Money – the better way to hack your finances in 2023. Rocket Money, formerly known as Truebill, is a personal finance app that finds and cancels your unwanted subscriptions, monitors your spending, and helps you lower your bills —all in one place.

Stop throwing your money away. Cancel unwanted subscriptions – and manage your expenses the easy way – by going to rocketmoney.com/overtired.

Promo Swap: The Staying In Podcast
Most weeks we do a podcast swap where we tell you about a podcast and they tell their listeners about ours. For this episode, we’re swapping with the four lads at the Staying In Podcast. Listen to these four lifelong friends talk video games, board games, movies, TV, and comics.

If this sounds like your thing, we thoroughly recommend you give them a listen, and you can do so for free by subscribing to The Staying In Podcast wherever you’re listening to this, or heading to
StayingInPodcast.com.